Be hip to what’s going on, jot down the dates and make it happen:

HENRI CARTIER-BRESSON at the Centre Pompidou, through June 9
http://www.centrepompidou.fr

Musée de l’Orangerie, Archives of the Dream, through June 30
www.musee-orangerie.fr 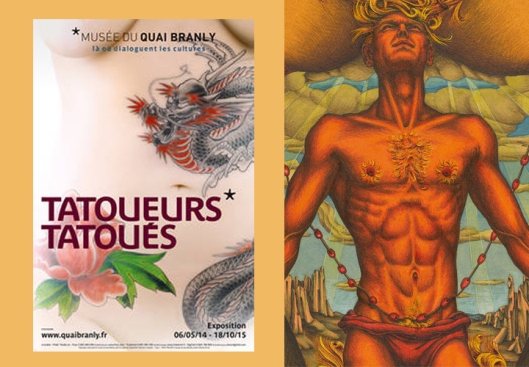 La Fête de la Musique, June 21
Rock music is usually held at the Place de la Republique, classical orchestras can be heard in the courtyard of the Palais Royal and indie bands at place Denfert-Rochereau. New groups and singers are performing on street corners and cafes around Paris. All concerts are free.
www.fetedelamusique.culture.fr

French Open
One of the four tennis Grand Slams, invites the best World players and is France’s biggest sporting events. Watching matches live is the ultimate fashion statement!
TIP: Book well in advance for a decent seat (buy your tickets from the French Open website). Leftover tickets can be bought at the stadium two weeks before the games start.
Roland Garros Stadium, June 2014

Jazz festival in St Germain
Excellent Jazz performances held around the Left Bank of Paris
May to June 2014
www.festivaljazzsaintgermainparis.com

La Fete des voisins
French Mairies (courthouses), social clubs as well as individuals, organizes get-togethers parties all over France. In Paris you will certainly find many of them in June. You might even get invited to a party yourself.
http://www.immeublesenfete.com

Fête du Vélo
A celebration of urban riding with thousands of cyclists invited to meet up at various points in the suburbs and pedal to Paris, for a huge picnic in the city centre. To hire a bike or learn more about the Vélib bike scheme in Paris, visit http://www.velib.paris.fr.
www.feteduvelo.fr

Join the dance
Free performances, workshops for beginners and balls on the streets and squares of three districts in Paris.
Parc Bercy, animation Centre Les Halles-Marais, and the Bagnollet.
www.entrezdansladanse.fr

Art St-Germain-des-Prés
Almost 50 galleries get together to showcase their top artists, with red carpets spread outside each gallery. The galleries are mostly concentrated on rue de Seine, rue des Beaux-Arts, rue Visconti, rue Guénégaud and rue Mazarine. Open from 14.30 to 18.30
www.artsaintgermaindespres.com

and much much more to do in your No Worries Paris guidebook.

P.S.  Pack an umbrella in June, one of Paris’s rainiest months.